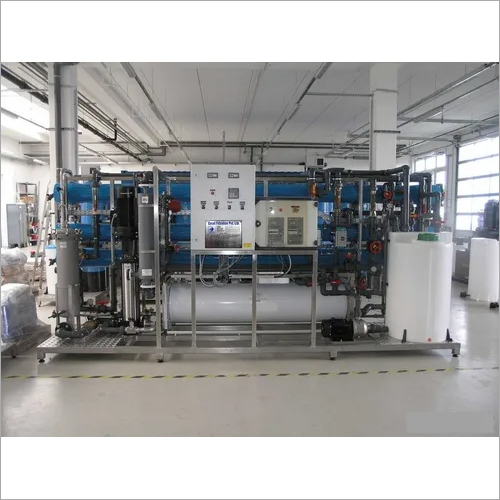 As impurities leave via the concentrate water system,their build-up does not exhaust the resin and therefore prolongs resinlifespan. A single EDI unit may operate for many years before a replacement isrequired. Typically product water resistivity of 15 M.cm is consistentlyachieved using this process. This technology can be used as an alternative tosingle-use purification cartridges.

Its development and use in water purification overcamesome of the limitations of ion exchange resin beds, particularly the release ofions as the beds exhaust.

How does it work?

Water enters the EDI module, where an applied current forcesions to move through the resins and across the membranes. These ions arecollected into concentrate streams which can then be put to drain or berecycled. The deionizer product water can then be used directly or undergofurther treatment for enhanced water purity.

When the ions are moved through the resins and between the cautionor anion selective membranes, they are exchanged for H+andOH- ions.Ions that become bound to the ion exchange resins migrate to a separate chamberunder the influence of an externally applied electric field. This also producesthe H+ andOH-ionsnecessary to maintain the resins in their regenerated state. Ions in theseparate chamber are flushed to waste.

The ion exchange beds in our EDIsystems are reneger

Byspacing alternating layers of anion- and caution-selective membranes within aplate and frame module,  of parallel purifying and concentratingcompartments are created.

Theion-selective membranes are fixed to an inert polymer frame, which is filledwith mixed ion-exchange resins to form the purifying chambers.

Thescreens between the purifying chambers form the concentrating chambers. Thisbasic repeating element of the EDI, called a  is illustrated inFigure.

The stack of cell-pairs is positioned betweenthe two electrodes, which supply the DC potential to the module.

Underthe influence of the applied DC voltage potential, ions are transported acrossthe membranes from the purifying chambers into the concentrating chambers.

Thus,as water moves through the purifying chambers, it becomes free of ions. Thisstream is the pure water product stream.

The RO feed to the Electro pure EDI module is split into three separatestreams:

The an acolyte bathing streamfirst flows past the anode (+) through a compartment, formed by a gasket edmono filament screen, which is located between the anode and an adjacentanion-selective membrane.

In this compartment the pH becomes acidic, and O2(gas) and a small amount of Cl2 (dissolved) are generated.

This acidic streamthen flows into the cathode compartment, formed between the cathode (-) and itsadjacent cation selective membrane. In this compartment the pH becomes neutral,and H2 (gas) is generated.

Thus, the waste stream expels the unwanted chlorine,oxygen, and hydrogen gas from the electrodes. 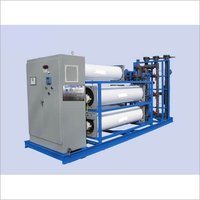